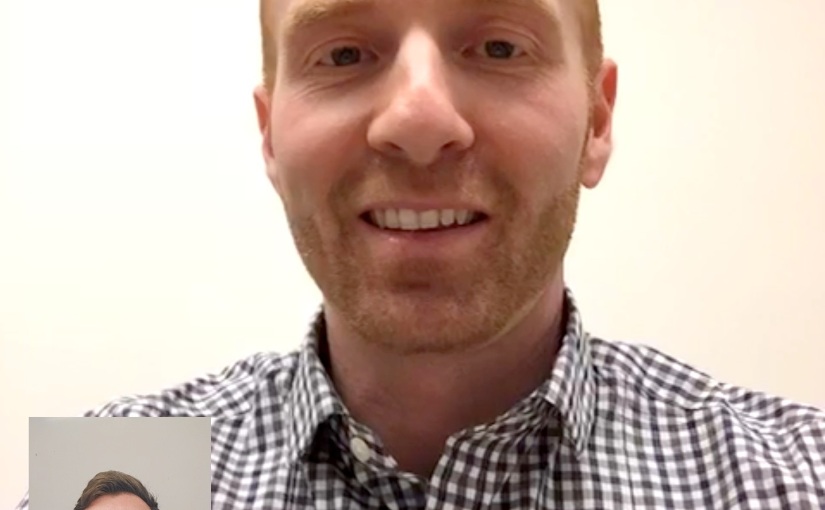 BBM users have been clamoring for video calling (as you reminded me in your comments on my recent BBM: Getting Better All the Time post). We’re thrilled to announce that video calling is almost ready for primetime; we’ve launched it (see right) as a beta feature for Android and iOS, as part of the latest version of BBM. Update your BBM to get it (or if you are in Europe, Africa, Latin America or the Middle East – it should’ve started working for you automatically during the month of June).

Please note we initially limited availability because this is the first time we’re launching BBM Video calling, and we want to monitor performance, gather feedback, and iron out any kinks that may arise before we roll it out globally.

The beta video feature is available in U.S. and Canada to Android and iOS users. U.S. and Canadian BBM users now enjoy cross-platform video calling with each other.

As in Latin America, the feature should be enabled without you needing to update your BBM software.

BBM video debuted in 109 countries, territories and regions in Europe and Africa on June 14th. There’s too many to name here, but chances are good that BBM video is now working where you are.

As above, the feature should be enabled without you needing to update your BBM software.

Note: only video calls within the supported regions can be done today. We plan to launch BBM video calling globally in our July release.

There’s no sign-up or approval required to use the feature. When you tap the icon to initiate a call with one of your BBM contacts, BBM will ask whether you want to make a voice call or try a video call with the beta feature (provided your contact is also eligible to participate).

BBM users are on-trend in their enthusiasm for video calling. A recent Pew Research study shows that in the U.S., the number of adults making video calls from their smartphones rose by double-digits from 33% in 2013 to 47% in 2015.

What’s driving the enthusiasm? Simple: mobile video conferencing is now a reality. Globally, mobile bandwidth is increasing with the rollout of 4G networks, and devices now have the cameras, software and power that make it possible. Sure, there are some scenarios where good, old-fashioned voice is the better solution. But increasingly, video is taking over as our no. 1 communication technology.

Video is the closest thing to being physically present. We know why that’s more important for personal calls—bridging the distance with our loved ones, like helping grandparents see their grandkids grow. In healthcare, doctors are using video calling to collaborate across distances and save lives, like at Hiranandani Hospital in Mumbai.

Better than The Jetsons

It’s fun to look back at the predictions from just a few years ago about video conferencing, like this one. It makes me think of being a kid, seeing video conferencing on The Jetsons and Star Trek, and wondering if it would ever be possible. As futuristic as they were, one thing those shows didn’t predict was mobility. That would have seemed even more far-fetched! But here we are. (Though, The Jetsons are still ahead of us on the “morning mask” idea.)

I am the Senior Vice President - Emerging Solutions at BlackBerry. I have extensive International Management, Sales and Marketing background in Mobility and Cloud technologies, Financial Services, Telecommunications, and Content in both a “Start-Up” and Public company environment. This includes stints as a senior executive at SAP, Sybase, Mobile 365 and others. View all posts by Matthew Talbot

One thought on “Updated: BBM Video Comes to iPhone and Android Users in Canada, U.S., Latin America, Middle East AND Europe and Africa”